The main function of the Advisory Council will be to provide pro bono expertise and advise to the Founder of the Center for International Law and Policy in Africa (CILPA). The Council members, comprised of leading scholars and practitioners of international law drawn from Africa and around the world, will serve as a brain tank for CILPA research programming. The goal is to harness their diverse expertise in various areas of public and private international law for the benefit of CILPA, its projects, stakeholders, and beneficiaries. In addition to the above, the Founder, in developing research and other strategic partnerships, may engage members of the Council to assist in other ways deemed necessary to advance the overall aims and objectives of CILPA. 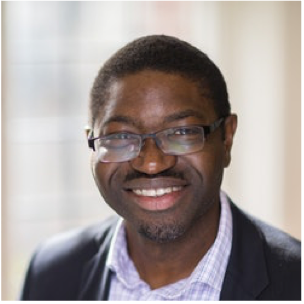 Dapo Akande is Professor of Public International Law at the Blavatnik School of Government, a Fellow of Exeter College, Oxford and Co-Director of the Oxford Institute for Ethics, Law and Armed Conflict (ELAC).He is a member elect to the International Law Commission. Before moving to the Blavatnik School, he was Professor of Public International Law at Oxford Law Faculty and was, from 2012 to 2017, Co-Director of the Oxford Martin Programme on Human Rights for Future Generations. He has held visiting professorships at Yale Law School, the University of Miami School of Law and the Catolica Global Law School, Lisbon. He was the 2015 Sir Ninian Stephen Visiting Scholar at the University of Melbourne Law School’s Asia-Pacific Centre for Military Law. Before taking up his position in Oxford in 2004, he held positions at the University of Nottingham and the University of Durham, and from 1994 to 1998, he taught part-time at the London School of Economics and at Christ’s and Wolfson Colleges, Cambridge.

He is one of the authors of Oppenheim’s International Law: The United Nations (2017, OUP), which was awarded the 2019 Certificate of Merit by the American Society of International Law. He is one of the editors of the Practitioners Guide to the Application of Human Rights Law in Armed Conflict (2016, OUP), and of Human Rights and 21st Century Challenges: Poverty, Conflict and the Environment (2020, OUP). He was a member of the International Group of Experts that prepared the Tallinn Manual 2.0 on the International Law Applicable to Cyber Operations (2017, CUP) which was commissioned by the NATO Cooperative Cyber Defence Centre of Excellence. He was a member of the International Advisory Panel for the American Law Institute’s project on the Restatement Fourth, The Foreign Relations Law of the United States (2018). His articles have appeared in the leading international law journals.

He has acted as consultant, expert, or adviser on international law issues to United Nations bodies, the African Union Commission, the Commonwealth Secretariat, and the Association of South East Asian Nations (ASEAN). He has provided advice to States and non-governmental organizations on matters of international law. He has acted as counsel, advocate, adviser or consultant in cases before the International Court of Justice, the International Tribunal for the Law of the Sea, the European Court of Human Rights, international arbitral tribunals in mixed disputes, World Trade Organization and North American Free Trade Area Dispute Settlement panels. He has also acted as consultant/adviser in cases in national courts, including the UK Supreme Court. From 2017-2018 he is acted as legal adviser to the UK Parliament’s All Party Parliamentary Group on Drone’s Inquiry into the ways in which the UK works with partners on the use of drones. 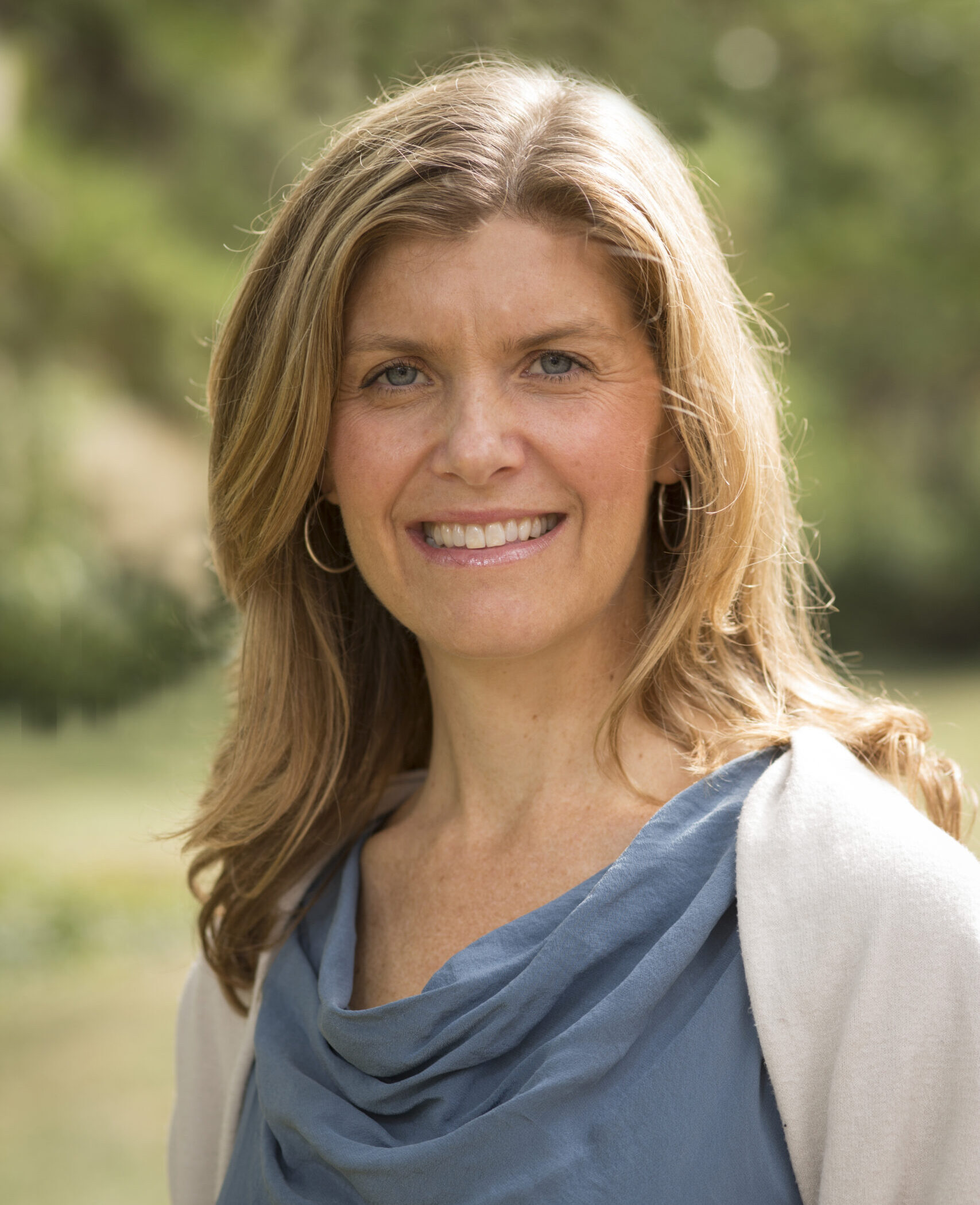 Before joining the Temple Law faculty, Professor deGuzman clerked on the Ninth Circuit Court of Appeals and practiced law in San Francisco, specializing in criminal defense. She served as a legal advisor to the Senegal delegation at the Rome Conference on the ICC and as a law clerk in the Office of the Prosecutor of the International Criminal Tribunal for Former Yugoslavia. She was a Fulbright Scholar in Darou Ndiar, Senegal.

Professor deGuzman received a Ph.D. (human rights) from the National University of Ireland, Galway, a J.D. from Yale Law School, an M.A.L.D. from the Fletcher School of Law and Diplomacy, and a B.S.F.S. from Georgetown University’s School of Foreign Service. 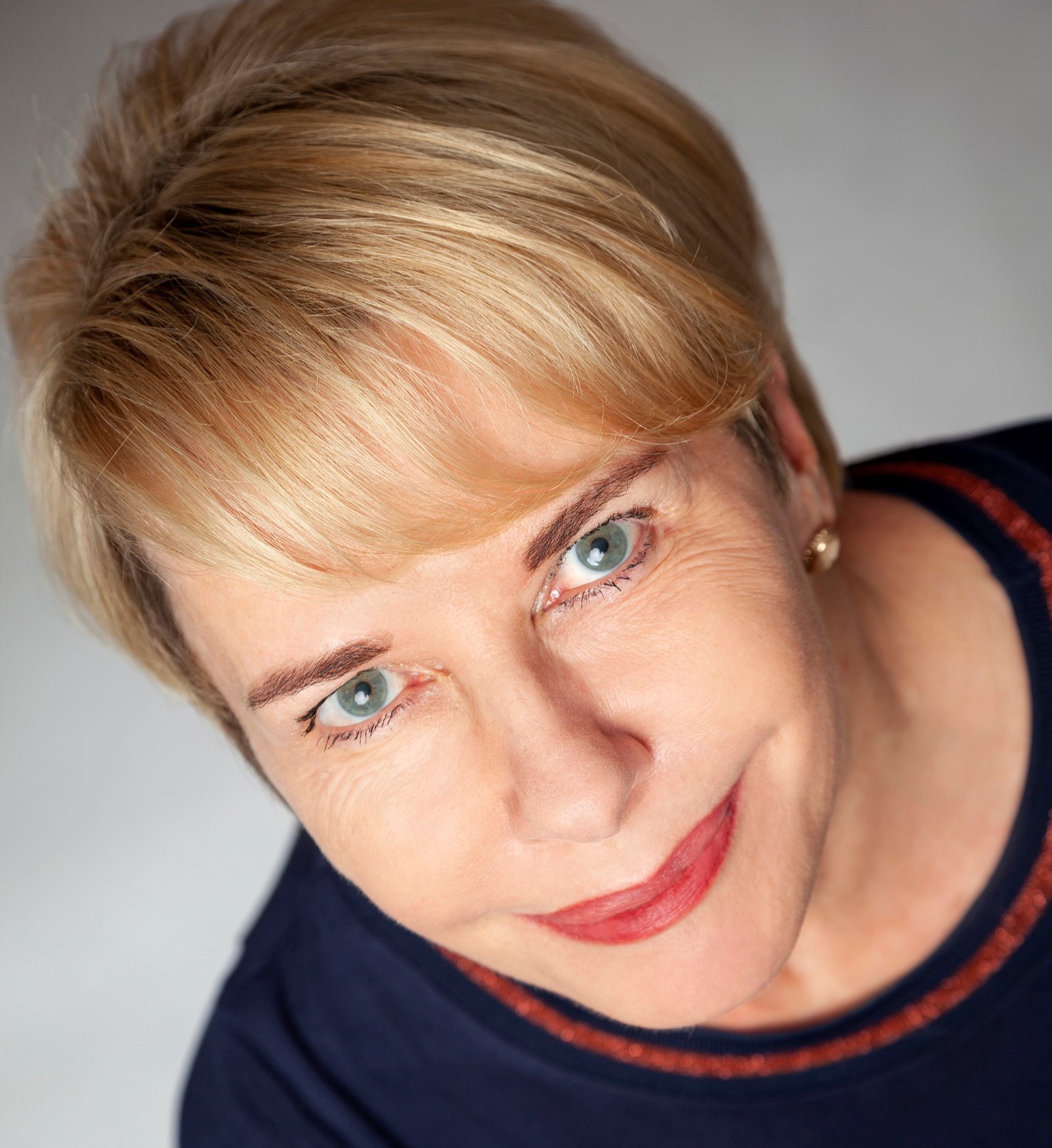 She obtained her B.Iur and LL.B as well as her LL.D at the University of the Free State, South Africa. She holds an LL.M from Harvard University and completed her Habilitationsschrift at the University of Zurich, Switzerland in December 2002. A revised version, entitled the Chapter VII Powers of the United Nations Security Council, was subsequently published with Hart Publishing in 2004. This work has been widely cited, including by the European Court of Human Rights, the International Court of Justice, the International Criminal Court and the United Kingdom Supreme Court. Her most recent book is entitled Military Assistance on Request and the Use of Force. It was published with Oxford University Press in 2020 and was subsequently  nominated by the publisher for the European Society of International Law Book Prize 2021. Since October 2020 Erika de Wet is Co-Editor-in-Chief of the Max Planck Yearbook of United Nations Law. 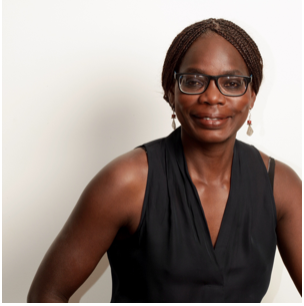 Phoebe Okowa is Professor of Public International Law at Queen Mary, University of London. Educated at the University of Nairobi and Oxford, she previously taught at the University of Bristol and has held visiting appointments at the University of Lille and Stockholm. In 2011 and 2015, she was Global  Visiting Professor at New York University, School of Law. In 2017  she was nominated by the Government of Kenya to the Permanent Court of Arbitration. She has written on a wide range of contemporary international law topics including the interface between international responsibility and individual accountability for international crimes, unilateral and collective responses to protection of natural resources in conflict zones and aspects of the protection of the environment. Her current research explores the systemic problems of accountability in conflict zones. It focuses on those conflicts where coherent and well-organized insurgencies present a credible challenge to governmental power and the state-centric structures of authority in public international law. 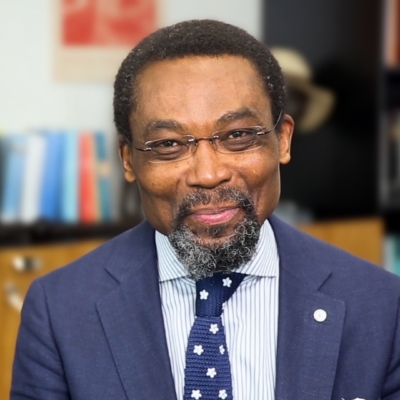 Prior to joining the ICC, Dr Eboe-Osuji served as the Legal Advisor to the United Nations High Commissioner for Human Rights in Geneva. As part of his functions in that capacity, Dr Eboe-Osuji led the High Commissioner’s interventions in court cases involving human rights questions, notably writing the amicus curiae submissions to the European Court of Human Rights and the United States Supreme Court. At the time, Dr Eboe-Osuji also held a cross-appointment as principal appeals counsel for the prosecution in the Charles Taylor Case at the UN-backed Special Court for Sierra Leone.

Earlier in his antecedents, Dr Eboe-Osuji held several posts at the International Criminal Tribunal for Rwanda (also known as the Rwanda genocide tribunal), including as a senior prosecutor; and, at a different time, as a senior legal officer that assisted the judges in drafting judgments.

Before joining the international public service, Dr Eboe-Osuji had practiced law as a courtroom advocate before trial courts in Canada and Nigeria. In addition to his work as trial counsel, Dr Eboe-Osuji also argued appeals before the Court of Appeal for Ontario (Canada) and the Supreme Court of Canada.

Judge Eboe-Osuji has also taught international criminal law as adjunct professor at the Faculty of Law of the University of Ottawa, Canada.

He has an extensive record of legal scholarship and publications, including the books titled International Law and Sexual Violence in Armed Conflicts, and Protecting Humanity (ed). He is the editor-in-chief of the Nigerian Yearbook of International Law.

Dr. Pacifique Manirakiza is an Associate Professor at the Faculty of Law (Common Law Section) where he teaches international criminal law, African international law, and Canadian criminal law. In 2011, the African Union Assembly of Heads of State and Government elected Professor Manirakiza to serve as a member of the African Commission on Human and People’s Rights. In that capacity, he was the Chairperson of the Working Group on Extractive Industries, Environment and Human Rights. Professor Manirakiza used that position to spend a great deal of his time advocating for the rights and the empowerment of local communities affected by the extractive industry in Africa. In 2014, he has been appointed member of the first African Union-led Commission of Inquiry on South Sudan led by H.E. Olusegun Obasanjo, former President of Nigeria. In the same year, Professor Manirakiza led a team of lawyers before the African Court on Human and Peoples’ Rights, arguing a case on behalf of the Ogiek community of Kenya. The Ogiek judgment is now considered a seminal case for the protection and promotion of the rights of indigenous peoples in Africa. In Burundi, he served as an Assistant Professor at University of Burundi as well as a Deputy Prosecutor in Ngozi and Rutana Provinces. Dr. Manirakiza is regularly busy sharing his knowledge and expertise in Africa and worldwide through regular trainings on international criminal justice, transitional justice, human rights and international humanitarian law. 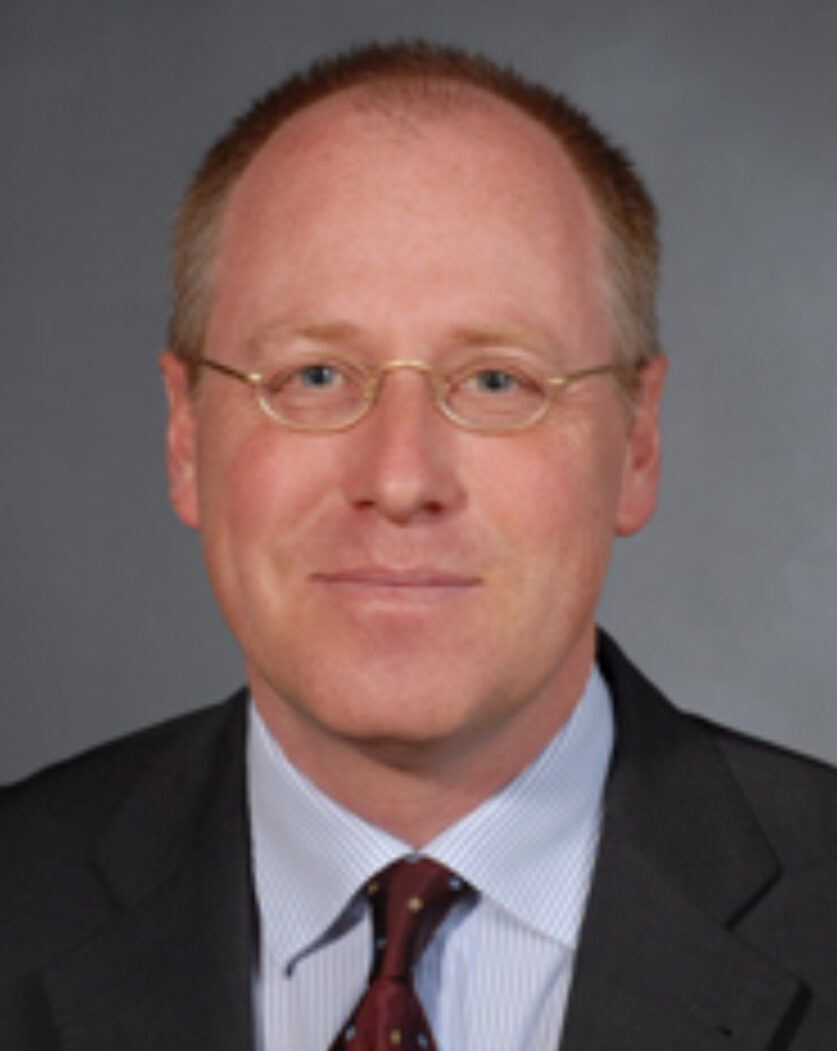 Claus Kress is a Professor of International Law and Criminal Law. He holds the Chair for German and International Criminal Law and he is the Director of the Institute of International Peace and Security Law at the University of Cologne. His prior practice was in the German Federal Ministry of Justice on matters of criminal law and international law. In addition to his scholarly work, comprising more than 150 publications on the law on the use of force, the law of armed conflicts and international criminal law, he has been a member of Germany’s delegations in the negotiations regarding the International Criminal Court since 1998. He is a Life Member of Clare Hall College at the University of Cambridge, a Member of the Academy of Sciences and Arts of Northrhine-Westfalia, and the recipient of the 2014 M.C. Bassiouni Justice Award as well as of honorary doctorates from the State University Tbilisi of and the University of Huánuco. He was a Guest Professor at Columbia Law School and Melbourne Law School. 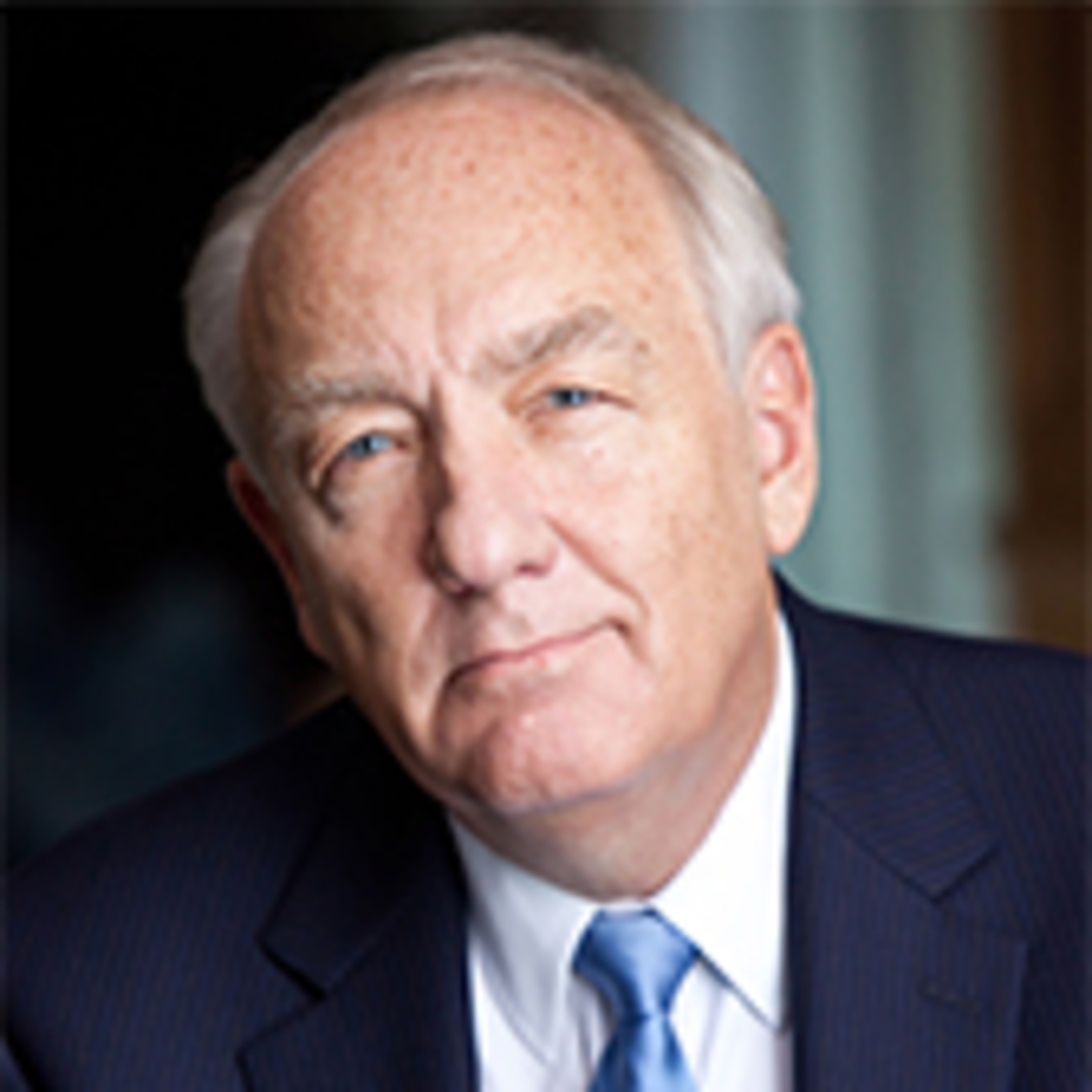 From 2009 to 2015, he was Ambassador-at-Large heading the Office of Global Criminal Justice in the US State Department.  In that position he coordinated US Government support to international criminal tribunals, including the International Criminal Court, as well as to hybrid and national courts responsible for prosecuting persons charged with genocide, war crimes, and crimes against humanity.   During his tenure, he traveled more than 1.5 million miles to 87 countries to engage with victims, civil society organizations, investigators and prosecutors, and the leaders of governments and international bodies to further efforts to bring perpetrators to justice.

Rapp was the Prosecutor of the Special Court for Sierra Leone from 2007 to 2009 where he led the prosecution of former Liberian President Charles Taylor.  During his tenure, his office achieved the first convictions in history for sexual slavery and forced marriage as crimes against humanity, and for attacks on peacekeepers and recruitment and use of child soldiers as violations of international humanitarian law.  From 2001 to 2007, he served as Senior Trial Attorney and Chief of Prosecutions at the International Criminal Tribunal for Rwanda, where he headed the trial team that achieved the first convictions in history of leaders of the mass media for the crime of direct and public incitement to commit genocide.

Before his international service, he was the United States Attorney for the Northern District of Iowa from 1993 to 2001.

He received a BA degree from Harvard, a JD degree from Drake, and several honorary degrees from US universities in recognition of his work for international criminal justice.